I have always used Proxmox or ESXi for virtualization, but this time I wanted to give Server 2012 R2 + Hyper-V a spin. I also wanted to virtualize my IPFire firewall, a Domain Controller, and eventually, my fileserver. I have also eliminated the need for one of my HTPC’s, because I’m able to use the Hyper-V host as a Plex Home Theater host. Here is a list of the hardware. I transplanted these parts into an old Antec case and used an older Antec PSU I had as well. 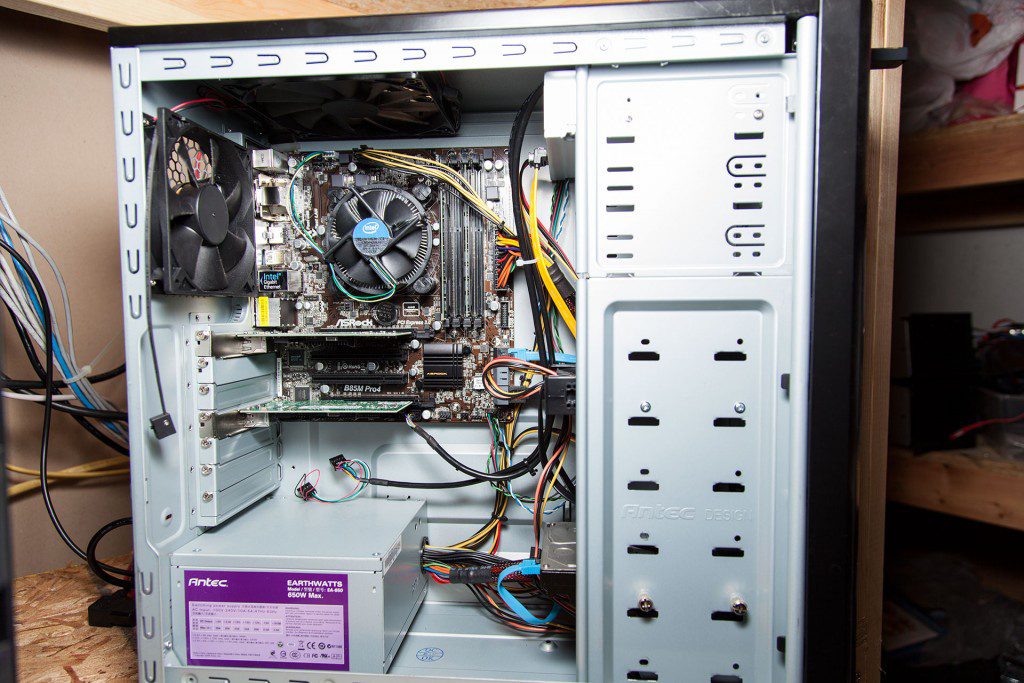 I have swapped out the two Intel nics and replaced them with an Intel I350-T4 quad port gigabit adapter so that I can get an IBM M1015 attached to the board, and virtualize my fileserver as well. I’ve also used this machine to eliminate the need for my old Core2Quad Q9550 OpenELEC + Plex box that feeds my basement projector. I ran a 25′ optical audio cable and a DVI -> ethernet -> DVI adapter to my projector. DXVA keeps the load down on the CPU even playing back a Bluray disc. This machine uses 1/10th of the power of the old Dell machine and is MANY times more powerful. So far, this has been a really exciting experience.

As an update, I have decided to hold off on migrating my storage to this box. Although, I am able to pass through disks to a virtual machine in Hyper-V, it does not pass through the raw disk, so this prevents things the smartmontools from scanning my disks for issues or hdparm to spin my disks down. 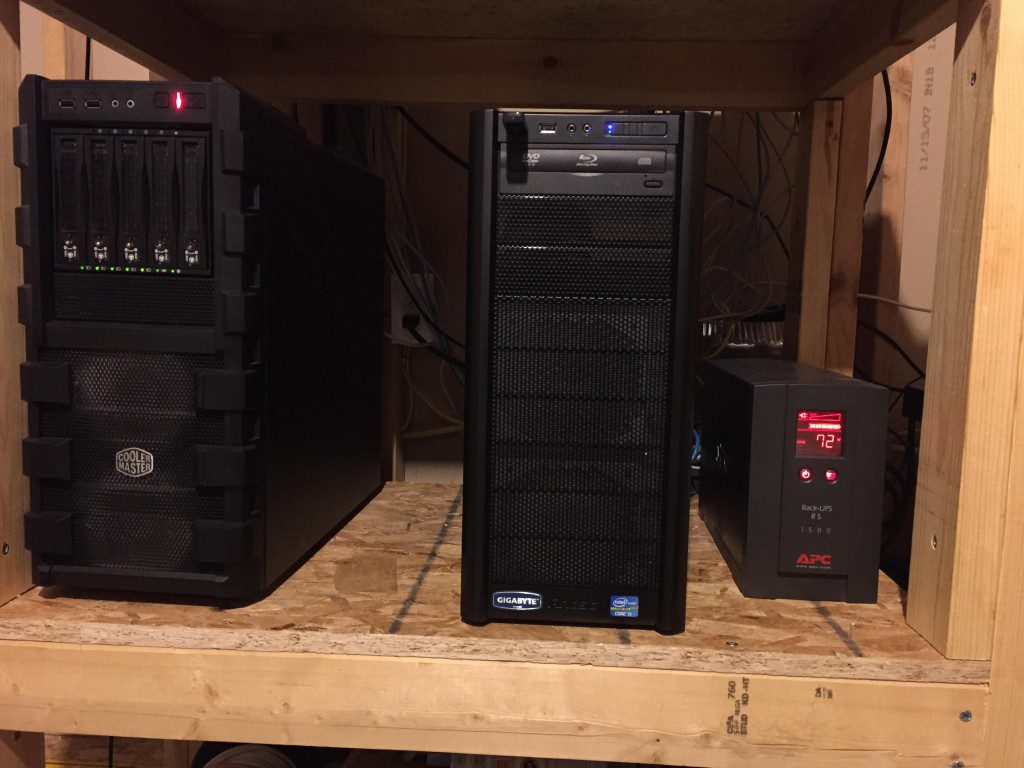